Due to human-induced habitat changes, the interactions between human beings and two species of threatened small carnivores, Darwin’s Fox and Guigna, have become especially frequent in the rural communities adjacent to protected areas in Chile.  Exploring these interactions and describing human perceptions and attitudes towards each species can prove critical for their conservation. 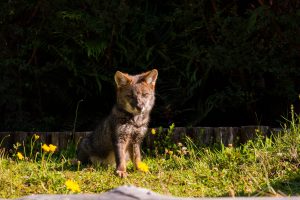 The increasing natural landscape transformation in Chile is forcing species that are highly dependent on forest habitats and dense vegetation cover to live in increasing proximity to human beings.  Two such species of endangered small carnivores endemic to southern Chile, Darwin’s Fox Lycalopex fulvipes and Guigna Leopardus guigna, are facing high risks of human persecution for their predation on domestic animals.  The study conducted by Sacristan et al. in rural cattle-breeding communities of Chile was the first of its kind to contrast attitudes towards each species, in order to promote and implement successful conservation measures for their recovery.

Describing attitudes towards the carnivore species

Though both species are considered damaging due to poultry attacks, the majority of people had a more positive perception of Darwin’s Fox than of Guigna.  This could be because Darwin’s fox is perceived to cause lesser damage than Guigna, which repeats predation events on poultry.  Farm animal predation by carnivores and the subsequent negative attitudes towards them, however, is deeply rooted in past experiences, popular knowledge, cultural history, and community beliefs, than on actual losses.  Darwin’s fox is conferred intrinsic, aesthetic values by rural communities by virtue of it being Chile’s own heritage species.  Guignas, however, have a mythological and superstitious aura around them — the local belief that they are vampires possibly amplifies the negative perceptions towards them. 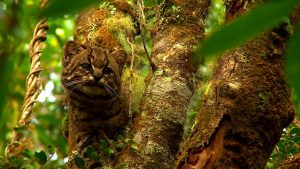 There was a general consensus that the best way to protect farm animals from carnivore attacks was permanent confinement.  The majority of people, however, practiced permanent non-confinement or night confinement alone, majorly due to affordability issues.  Henhouses and confinement structures were precariously and poorly constructed, not totally effective against carnivore attacks.  The lack of adequate structures might increase negative attitudes of people towards predatory species, as their animals suffer predation even when they try to protect them.

The construction of affordable, good quality coops, along with proper animal management practices and the use of permanent confinement or close supervision should lead to a reduction in the damage caused, and therefore negative human-carnivore interaction.  It is also crucial to change human attitudes and perceptions towards these species through the implementation of environmental education programs.