Presence of healthy environment for a healthy home for all living beings from microscopic organisms to large bodied mammals is important. With the onset of industrial revolution, population explosion; pressures to satisfy human desires has been steadily on the rise. This has led to massive cutting of trees around the world from the developed countries to the lesser developed ones. The reach of deforestation has even reached tropical forests. The extent of deforestation in tropical forest is alarming for the diversity these forests supports. 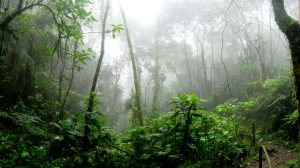 The rainforest of Amazon.

The Amazonian forests attracts attention of ecologists for a number of reasons. Apart from species based studies, understanding the species diversity, abundance, trophic interactions, there are studies which are highly localized focusing on the impact on the Amazonian forests like Barrow  (2007); there are a few drawing comparison over continents such as Phillips et al. (2017); and a few focused on impact on the forest due to humans such as Cantarello (2014).  The study discussed here is distinct as it tries to understand the impact on the occurrence of mammals in patches of forest affected by humans. In this paper, researchers led by Paula C.R. Almeida-Maues from the Institute of Biological Sciences, Brazil, , are trying to understand the response of medium to large sized mammals when the forests are cut for oil and palm plantation.

Previous research suggests that the magnificent biodiversity and quality of home of large bodied animals of tropical forest is, in fact, affected by changes in the habitat. Degradation of habitat has a very pronounced impact on mammals. The tropical forest boasts of rich diversity of large bodied mammals weighing close to 15 to 150 kg. The mammalian presence plays a crucial role in everyday functions in the forest like food chain, prey-predator balance, spreading the seeds, and maintaining herbivore population by grazing in the forest. So, preventing loss of their home is important. To understand the measures required to mitigate the loss of forest, we need to understand the reasons for the loss of forests and it’s and impact of it on mammals. 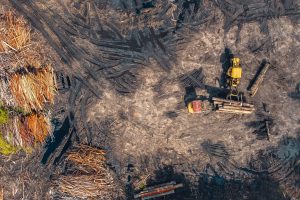 With the aim and objective set, the next important step is to design a study, finalize set of parameters to collect data to see if results were as per the expectations of the researchers or there are surprises in store.  The researchers considered four landscapes with four controls;of which two of the landscapes are selectively logged secondary forest land and the other two landscapes are partial forest converted for oil palm and eucalyptus plantations. The selection of undisturbed forest patches with logged forest patches are done in order to compare the results. . For collecting data, observers took transects walks of one km2 from 5:30h to 10:30h and 16:00h to 21:00h with a daylong sampling interval. A whooping 498km distance was covered under the study. The expected result was to see occurrence patterns of mammalian diversity, overall number of the population, and mammalian species composition for each of the landscape

After the massive field based study across the Amazonian forest, a total of 46 mammal species from 18 different families and seven orders were recorded. Of all the species recorded, twelve species were found to be more selective with their habitat, occurring only with presence in primary forest area. Three species, Greater Long Nosed Armadillo, Greater Grison, and Common Squirrel Monkey could adapt to human modified area. 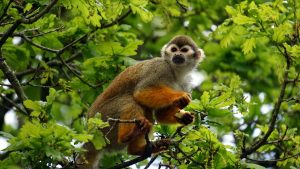 The low number of species found in the human modified landscape is indicative of the challenges mammalian population has in adapting to human modified landscape. It, also, paves way for further study the adaptive capabilities of these species as opposed to the ones found in the primary forest only. Further investigation could shed light on their foraging, habitat, species or ecosystem interaction, and co-existence with the humans in these fragmented or plantation patches as compared to the primary, non-fragmented patch of forested area. Out of the 46 mammal species, as was expected, primates comprised the largest group found in the forest including Tufted Capuchin and Red Handed Howler.

The most commonly found species recorded in seven out of the eight habitat were: Red Braocket, Tayra, and Tapir. These species showcase a wide ranging suitability to habitat and their presence or absence cannot be reduced to forested or un-fragmented landscape.

All in all, the study has been able to distinguish the number of species present in human modified area as compared to remaining part of the forest. It has provided scope for future studies on habitat preference, adaptation and species co-occurrence in the Amazonian forest.