A new subspecies of the Malayan Bamboo Bat has been discovered in Andaman, India.  This is the first specimen-based record of this species from the island. 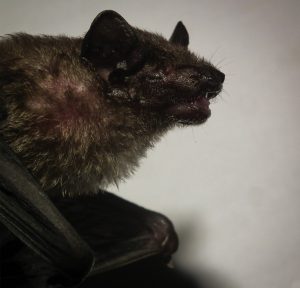 In November 2015, while surveying the North Andaman Island to study its bat diversity, a group of scientists from the Indo-UK bat survey and conservation project spotted two unusual male bamboo bats.  The tiny bats stood out with their flat heads that projected forwards and downwards,  triangular ears with rounded tips, and club-shaped feet.

Detailed analyses revealed the bats to be Malayan Bamboo Bats, which have a known distribution from northeastern India across mainland southeastern Asia.  Their features, however, considerably differed from the mainland forms in size and colour, suggesting that the islanders may have diversified in isolation.  The scientists were thus prompted to qualify the discovered specimens under a new subspecies named Tylonycteris malayana eremtaga, where ‘eremtaga’ is derived from a dialect of the Great Andamanese language, meaning ‘forest-dweller’.

Bamboo bats are unique night-fliers that depend on bamboos for their sustenance.  Harvesting of bamboo for commercial purposes, destruction of bamboo forests, forest fires, and increased use of pesticides in fringe villages might thus have a negative impact on the survival of the species.  The newly described subspecies was found to share its habitat with other bat species and is currently known only from Chipo Village in North Andaman Island.  The presence of multiple males in the area suggests the existence of a colony of these bats in the near vicinity of the village.