Beyond spots and stripes

Dampa Tiger Reserve has more to boast about than the striped cats it is named after—it indeed has a green thumb!

Dampa Tiger Reserve in northeastern India is part of the Indo-Burman Biodiversity Hotspot.  It is also the largest wildlife sanctuary in the state of Mizoram.  The reserve is famed for the thriving populations of its big wild cats. 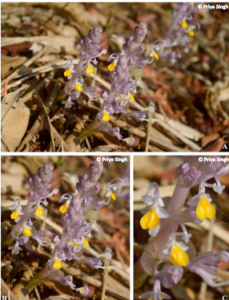 The ginger family consists of important tropical herbs used in medicine, food, and perfumes and as ornamental plants.  Around 200 species of the family are known from India.

Both species sighted in Dampa are restricted to northeastern India and the adjoining regions of Bangladesh, Myanmar, and northern Thailand.  Existing information on the gingers suggests that there are less than 20 mature individuals of each species in the wild.  This qualifies both herbs as Vulnerable according to the IUCN Red List.  This data, however, could be an outcome of limited survey effort. The species are indeed extremely hard to locate in the wild—after the flowering season, both species survive underground as rhizomes. 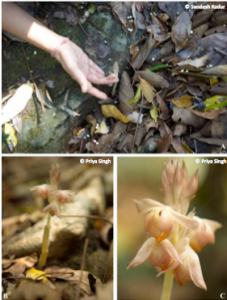 The newly-discovered populations of both gingers are relatively secure by virtue of their location within a protected area.  There are, however, other threats lurking the background—conversion of land to oil-palm monocultures and controlled burning could sweep the populations to the brink of untimely local extinction.

The case from Dampa is yet another example of the plight of the less glamorous species on the planet.  The lion’s share of conservation attention and funding is usually dedicated to the rescue of charismatic species worldwide.  This worrisome trend assumes that a single species can be saved in isolation just as it ignores the immediate conservation needs of a wide variety of other equally important and often threatened species in the wild.  The study also points to a serious lack of scientific inventorying in the reserve, despite its ecological significance and vast forest cover.