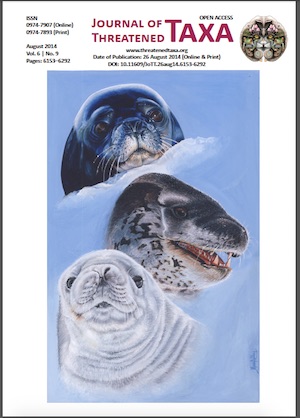 Syzygium alternifolium is a semi-evergreen mass-flowering tree species of dry deciduous forest in the southern Eastern Ghats of India. It is a mass bloomer with flowering during dry season. The floral traits suggest a mixed pollination syndrome involving entomophily and anemophily together called as ambophily. Further, the floral traits suggest generalist pollination system adapted for a guild of pollinating insects. The plant is self-incompatible and obligate out-crosser. The flowers are many-ovuled but only a single ovule forms seed and hence, fruit and seed set rates are the same. Natural fruit set stands at 11%. Bud infestation by a moth, flower predation by the beetle, Popillia impressipyga and bud and flower mounds significantly limit fruit set rate. The ability of the plant to repopulate itself is limited by the collection of fruits by locals due to their edible nature, short viability of seeds, high seedling mortality due to water stress, nutrient deficiency and erratic rainfall or interval of drought within the rainy season. Therefore, S. alternifolium is struggling to populate itself under various intrinsic and extrinsic factors. Further studies should focus on how to assist the plant to increase its population size in its natural area taking into account the information provided in this paper.