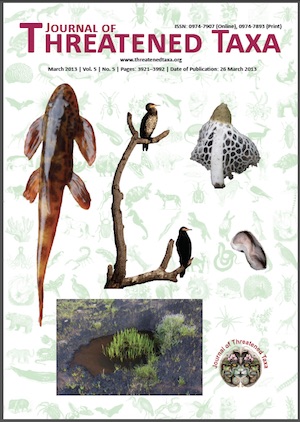 The Chhilchhila Wildlife Sanctuary (76036-76046 E and 29052-30000 N), situated in Kurukshetra District of Haryana provides an important wintering ground for a diverse range of wetland birds. This study was carried out from April 2009 to March 2012 to document the diversity of wetland birds. Altogether 57 species of wetland birds belonging to 37 genera and 16 families were recorded from the study area. Family Anatidae dominated the wetland bird community with 13 species. Among recorded species, 33 were winter migrants, two summer migrants and 22 were resident species. The winter migratory birds did not arrive at this wetland in one lot and at one time. Instead, they displayed a definite pattern specific to species for arrival and departure. They appeared at the wetland during mid-October and stayed up to early April. The composition of birds in major feeding guilds in the study area showed that the insectivore guild was the most common with 35.09% species, followed by carnivore (29.82%), omnivore (19.30%), herbivore (10.53%) and piscivore (5.26%). Among the birds recorded in this study area, Darter (Anhinga melanogaster) and Painted Stork (Mycterialeucocephala) were Near Threatened species. Comb Duck (Sarkidiornismelanotos), listed in Appendix II of CITES, was also spotted in the sanctuary. The spotting of these threatened bird species highlights the importance of Chhilchhila Wildlife Sanctuary as a significant wetland bird habitat in Haryana. However, anthropogenic activities like fire wood collection, livestock grazing, cutting of emergent and fringe vegetation and improper management of the wetland are major threats to the ecology of this landscape.