Copyright: © Chattopadhyay et al. 2018. Creative Commons Attribution 4.0 International License. JoTT allows unrestricted use of this article in any medium, reproduction and distribution by providing adequate credit to the authors and the source of publication.

Acknowledgements: This work was a part of a minor research project and the authors thankfully acknowledge the University Grants Commission, New Delhi, India for providing the necessary funds.  The authors are thankful to the local inhabitants of the village adjacent to Panchet Hill for their immense and unconditional help and cooperation.  The authors thankfully acknowledge the help and cooperation extended by the Director of Public Instruction, Government of West Bengal, Kolkata.  Dr. Somenath Dey is thankful to Dr. P.C. Lama, Officer-in-Charge, Darjeeling Government College, Darjeeling, West Bengal, India while Dr. Utpal Singha Roy is thankful to Dr. P. Pramanik, Principal, Durgapur Government College, West Bengal for their keen interest in the present work.  The authors thankfully acknowledge the help and support provided by the District Forest Officer, Panchet - I Division, Purulia.

Abstract: The present study was conducted at Panchet Hill (Garh Panchkot), Purulia, West Bengal between June 2013 and May 2015.  Multiple methods were used for making a consolidated checklist and comments on the relative abundance of vertebrate diversity, excluding fishes.  The methods included hand capturing, extensive searches in micro habitats, opportunistic spotting and information collection from the local people.  A total of 106 different vertebrate species were recorded during the study span of two years.  Aves was recorded as the Class with the highest diversity (63 species) while Amphibia was recorded as the Class with the lowest diversity (9 species).  Most of the species recorded during the present study belong to ‘Least Concern’ category as designated by IUCN.  The Black-headed Ibis Threskiornis melanocephalus and Striped Hyaena Hyaena hyaena belong to ‘Near Threatened’ category while the White-rumped Vulture Gyps bengalensis belongs to ‘Critically Endangered’ category.  The present study location is facing pressures from the usual anthropogenic interventions and needs attention from the concerned authorities.

Over geological time scale biodiversity has followed the trend towards net increase; however, a marked decline in global biodiversity occurred during the late Quaternary period as a consequence of both direct and indirect human activities (Gaston & Spicer 2004).  Hughes et al. (1997) reported that in tropical forests on an average 1,800 populations are being destroyed per hour while 16 million annually.  An ever-increasing human population with huge demands on the natural resources have imposed a worldwide burden and consequently have depleted  biological diversity. India with a burgeoning human population is no exception in this regard (Marcot & Nyberg 2005).  Despite the tremendous pressure over the natural resources, India which covers about 2.4% of the world’s land area, harbours about 8% of the world’s total species (UNEP 2001).  The rich tradition and culture of India since ancient times have set high values to protect its sacred biota (Bhagwat et al. 2005).  Currently, India has about 21.34% of its geographical area classified as forest which includes 764 protected areas covering about 4.93% of the total land area (WII ENVIS 2017).

As of 2015 West Bengal has 18.96% of the state’s geographical area designated as forest of which 59.4% has been classified as reserve forest (WBFD 2017).  Panchet Hill (Garh Panchkot) in West Bengal is a protected forest located at Raghunathpur sub–division of Purulia District, with the highest elevation of about 650m (Fig. 1).  Few research articles are published from this area  including those of  Raha & Mallick (2016) and recent report on “biodiversity conservation plan of Panchet hill (Garh Panchkot)” by EMTRC (2016).  Over the last few decades, a large number of studies have enlisted the diversity and distribution of vertebrate taxa from different protected areas of the country.  To the best of our knowledge, however, no such studies have ever been done/ reported from Panchet Hill.  This was the primary motivation behind the present work with the objective of enlisting all the vertebrate fauna, excluding fishes, from Panchet Hill protected forest.

Study area: Panchet Hill (23.60N & 86.70E) is a hillock with an elevation of about 650m, and of hard rock present amidst undulating topography of laterite, gravel mixed red soil of district Purulia, West Bengal (Mandal 2012).  The Damodar River marks the northern boundary of this region while Panchet Dam is located adjacent to it (Fig. 1).  Prevailing environmental conditions of this region are extreme where summer temperature rises up to 400C while in winter the temperature drops down to 70C.  Annual average rainfall measures about 170cm.  According to the biogeographic zone given by Rodgers et al. (2002) Panchet hill lies in the bio-geographic zone 6 (Deccan Peninsula).  The vegetation of the present study location is dominated by Butea monosperma and Borassus flabellifer.  The dominant shrubs species include Ricinus communis, Zyzypus sp., Ipomea sp. and Calotropis procera while dominant herb species includes Euphorbia hirta, Cyperus rotundus and Solanum nigrum.  Different grasses are also commonly found in this area which include Cynodon dactylon, Dactyloctenium aegypticum, Pannicum antidotale and Saccharum spontaneum EMTRC (2016).  This luxurious vegetation of Panchet Hill protected forest was predicted to support rich faunal diversity and the two day study by EMTRC team (2016) most clearly indicated that.

Data collection: In the present study focus was given for studying only vertebrate fauna excluding fishes.  The study was conducted between June 2013 and May 2015.  Sampling was done on the first week of each month during the entire study period.  As there existed no single sampling method by which the vertebrate diversity could be holistically assessed multiple methods were applied in the present study for yielding the best results and is depicted in Table 1.  Relevant literature was followed for identification of different vertebrate species during the present study (Grimmett et al. 1998; Daniel 2002; Whitaker & Captain 2008; Menon 2014).

India harbours 6051 vertebrate species which is 6.85% of the species in the world (Chandra et al. 2017).  West Bengal is home to 1831 vertebrate species (Sanyal et al. 2012).  The present study which was conducted between June 2013 and May 2015 revealed 106 different vertebrate species (Table 2).  Aves represented the highest diversity with 63 species (59%) followed by Reptilia (19 species, 18%) and Mammalia (11 species, 14%) while Amphibia recorded as the lowest with nine species (9%) (Fig. 2). In a similar  study, Pramanik et al. (2010) had reported two amphibian species, four reptilian species, 29 bird species and two mammalian species during their one year long study (2007–2008) from Kulik Bird Sanctuary, Raiganj, West Bengal, India, while Bhupathy et al. (2012) reported 34 amphibian species, 72 reptilian species, 160 bird species and 39 mammalian species during their three year long study (2006–2009) from Megamalai landscape, Western Ghats, India.  Several researchers around the globe have emphasised the negative influence of anthropogenic intervention on the structure, dynamics and functioning of the forest reserve (Martínez-Ramos et al. 2016).  The vegetation present in Panchet Hill is rarely primary, most often secondary, shaped typically by anthropogenic interventions of regular clearing and regeneration on nutritionally impoverished soils. Consequently, the vegetation is less dense and less lofty, often disturbed and degraded.

As a matter of fact, the present study location suffers from both direct and indirect anthropogenic interventions which include exploitation of biodiversity for food, fuel, fodder and recreation. Surroundings of Panchet hill is devoid of any major industrial setup except for a single sponge iron factory.  This factory is actually located within a 100m radius of the southeastern face of Panchet Hill and which is in operation since 2010.  During the present study pollutants released from the factory caused the ground to be covered with ash and slag while flying ash was found to leave black soot over plant leaves even at the heaight above 50m (Image 1).  EMTRC (2016) have reported occurrence of pollution resistant invasive plant species like Lantana camara, Parthenium sp., and Tridax procumbens with an overall decrease in native plant species diversity from the polluted site.  Lower vertebrate diversity was noted from the polluted southeastern face of Panchet Hill in comparison to all the other sites as well.  Most of the species recorded during the present study belong to ‘Least Concern’ category as designated by IUCN (2017); however, Black-headed Ibis Threskiornis melanocephalus and Striped Hyaena Hyaena hyaena belong to ‘Near Threatened’ category while White-rumped Vulture Gyps bengalensis belongs to ‘Critically Endangered’ category.  Striped Hyaena Hyaena hyaena was observed only once during the present study but reports  by local villagers suggest that they were spotted at least five times during the present study duration.  White-rumped Vulture Gyps bengalensis was recorded three times during the present study.

Our record of 106 different vertebrate species from Panchet Hill (Garh Panchkot), Purulia in West Bengal forms the base line information.  Additional studies including multiple plant and animal taxa will enrich our knowledge about diversity of wild species from this ecoregion.  Such studies will help in assessing the spatial and temporal distribution pattern and population status, which are vital for preparing a conservation plan to support sustainable development.

Mandal, S.K. (2012). Survey of wetlands in Puruliya District, West Bengal, with special emphasis on their macrophytes. PhD Thesis. Department of Botany, The University of Burdwan, 377pp. 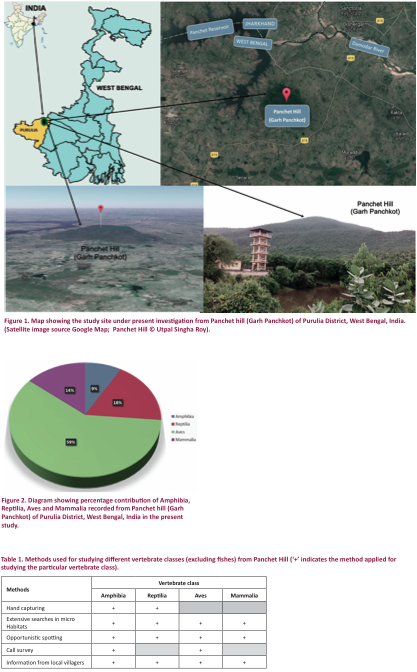 Table 2. Checklist of vertebrate species of Panchet hill as recorded in the present study.

Abbreviations used: Relative abundance expressed as ‘+’ means less abundant; ‘++’ means more abundant and so on. CE - Critically Endangered, LC - Least Concern, NA - This taxon has not yet been assessed for the IUCN Red List, NT - Near Threatened. 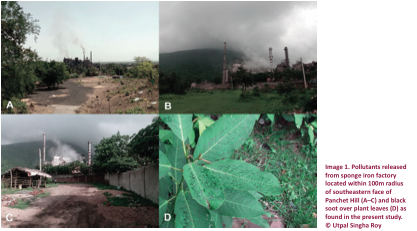