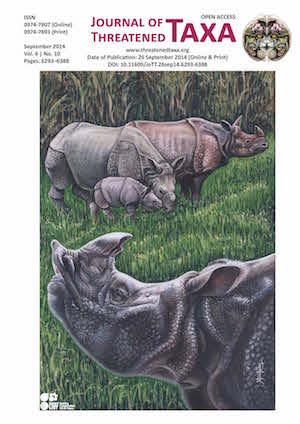 Five Asiatic Black Bear Ursus thibetanus cubs aged between 6.5-15 months were studied for five months using instantaneous scan sampling (n=3049 scans) while they were undergoing acclimatization in the rehabilitation areas in Pakke Tiger Reserve, Arunachal Pradesh, India. During the course of the study, feeding, moving, climbing, resting and playing activities were recorded in three consecutive time periods, representing three phases of acclimatization. The frequency of climbing and moving increased considerably towards the third phase, while feeding decreased. These changes can be attributed to a learning process during acclimatization. Time spent on moving and playing differed significantly among the bears, but not climbing or feeding.