Copyright: © Robi. et al. 2018. Creative Commons Attribution 4.0 International License. JoTT allows unrestricted use of this article in any medium, reproduction and distribution by providing adequate credit to the authors and the source of publication.

Funding: Department of Science and Technology, Govt. of India.

Acknowledgements: The authors are thankful to Dr. M. Sanjappa, former Director, Botanical Survey of India, Kolkatta, Dr. G.V.S. Murthy, Botanical Survey of India, Coimbatore, Dr. N. Sasidharan Kerala Forest Research Institute, Thrissur and Dr. A.K. Pradeep, University of Calicut, Calicut for their help.  The authors are also thankful to the Department of Science & Technology, Govt. of India, New Delhi for the financial support and The Director, Kerala Forest Research Institute, Peechi for facilities and support. The facilities provided by the Kerala Forest Department during fieldwork are thankfully acknowledged. Also thankful to the unknown reviewers of the manuscript.

Cinnamomum Schaeff. belongs to the family Lauraceae, with approximately 350 species distributed from Southeast Asia to Australia and the New World (Rohwer 1993; van der Werff 2009).  The species was described by Gamble (1925) based on the specimen collected by T.F. Bourdillon from Chemunji Hills of Agasthyamala Biosphere Reserve, Kerala, India in 1895.  Owing to its affinity to C. sulphuratum Nees several botanists incorrectly reported this species from different localities (Ramachandran & Nair 1988; Mohanan & Sivadasan 2002; Geethakumary et al. 2013).  During recent explorations in 2012 from the Kerala part of the Western Ghats, the present authors collected one unknown Cinnamomum species from Pandipath in Agasthyamala Biosphere Reserve, Thiruvananthapuram district of Kerala.  Scrutiny of the collected specimens and comparison with the type sheets deposited at L (Nationaal Herbarium Nederland, Leiden), CAL (Central National Herbarium, Howrah, India), TBGT (Tropical Botanic Garden and Research Institute, Trivandrum, India) proved that the collected material was C. travancoricum Gamble, a Critically Endangered and endemic plant with a very narrow distribution in Kerala.  The misleading report of Geethakumary et al. (2013) from the Anamalai Hill ranges, however, confused us and it led us to the reinvestigation of the literature, type specimens and expert opinions to confirm the correct identity of the species.  There are only a few small trees identified from the top edge of the hills.  The present effort is a collection of the species after type specimen.

Distribution: Endemic to the southern Western Ghats; Kerala (Thiruvananthapuram District).  It is very rare in the high altitude wet evergreen forests, collected from Pandipath of the Agasthyamala Biosphere Reserve (Image 3).

Ecology: This species grows mainly along the wet evergreen forests at an altitude range of 1200–1500 m and the associated species are mainly Beilschmiedia jacobii Robi, Udayan & S. George, Elaeocarpus venustus Bedd., Garcinia travancorica Bedd., and Litsea gorayana Udayan & Robi.  Only five mature individuals were noted on the hilltop.  Natural regeneration of this species is very poor due to the fragmented forest patches.

Notes: In the protologue Gamble mentioned only one specimen, T.F. Bourdillon 545 (K000778624 image!), but there are well-preserved specimens at L, CAL, TBGT.  While revising the genus Cinnamomum in southern India, Kostermans (1983) typified the name C. travancoricum and it should be considered as ‘inadvertent’ lectotypification according to Art. 7.11 of ICNAFP (Turland et al. 2018).  Geethakumary et al. (2013) misidentified C. sulphuratum as C. travancoricum and reported its occurrence in Munnar sholas, Idukki District of Kerala.  Later, Deepu et al. (2017) lectotypified C. travancoricum, but it was superfluous. In this paper we report its recollection from Pandipath of Agasthyamalai region.

According to Walter & Gillet (1997), the species was recorded as Vulnerable; however, the number of individuals identified from the locality was five.  According to the IUCN Red List category and criteria, the extent of occurrence of C. travancoricum is estimated to be less than 50km2 in a single location with a decline in quality of habitat (CR B1ab(iii)).  The total number of mature individuals in the known population is less than 5 (D).  Based on this evidence the conservation status of C. travancoricum is assessed as Critically Endangered (B1ab(iii)+D). 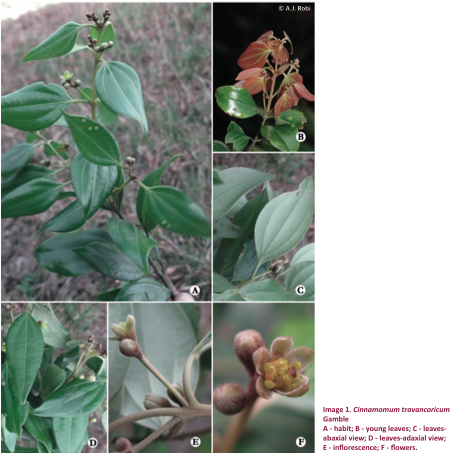 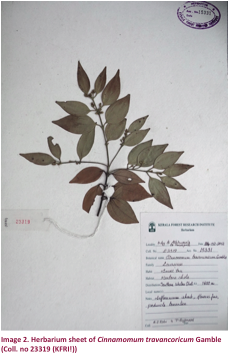 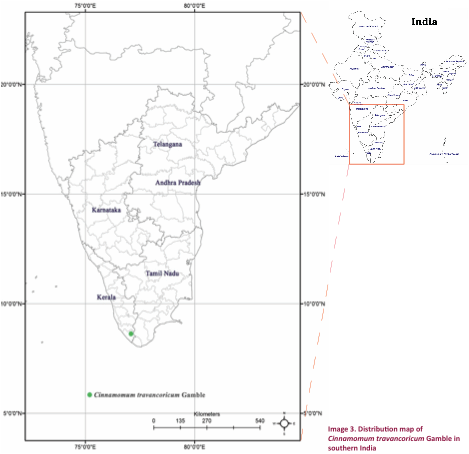